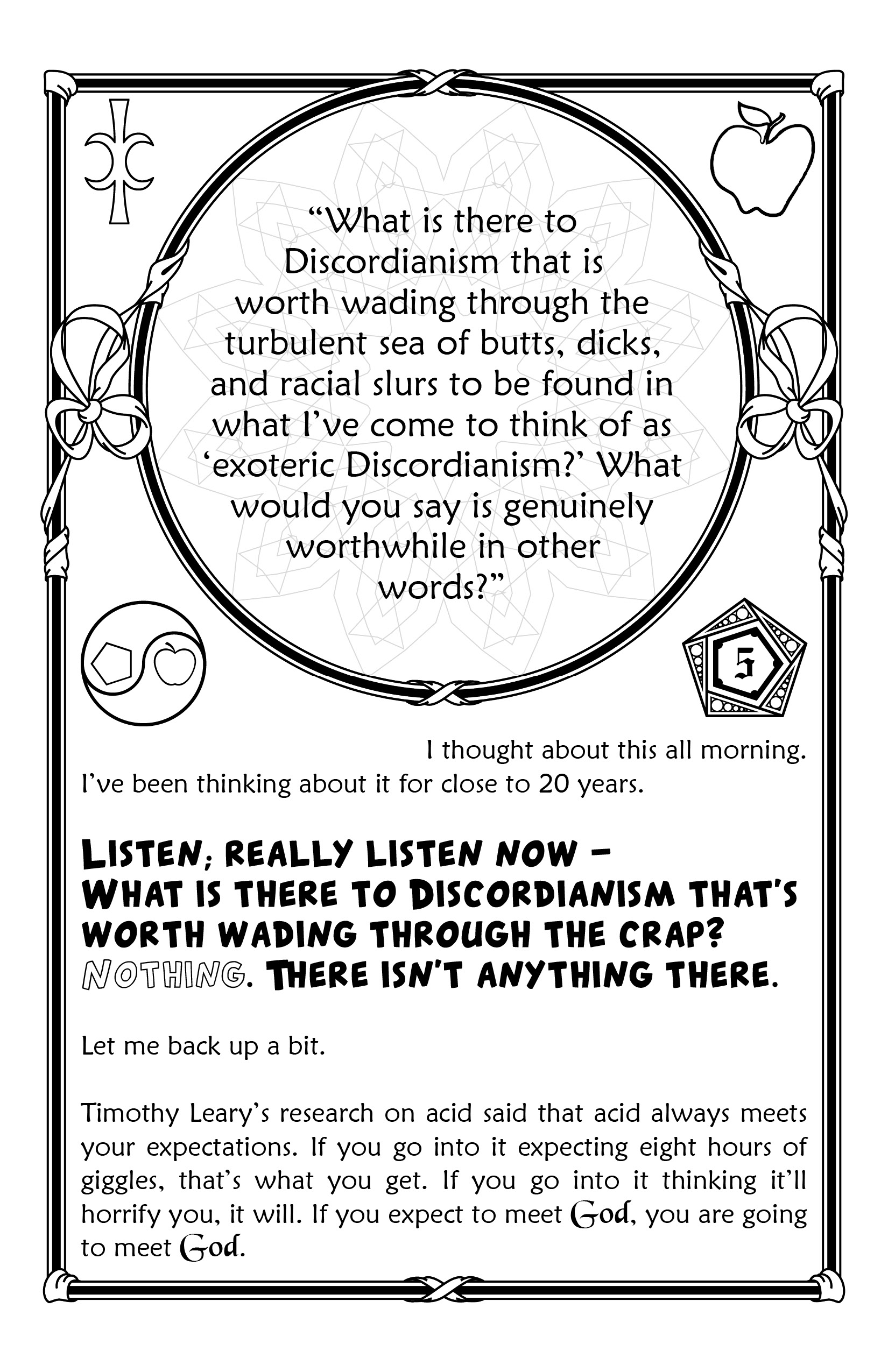 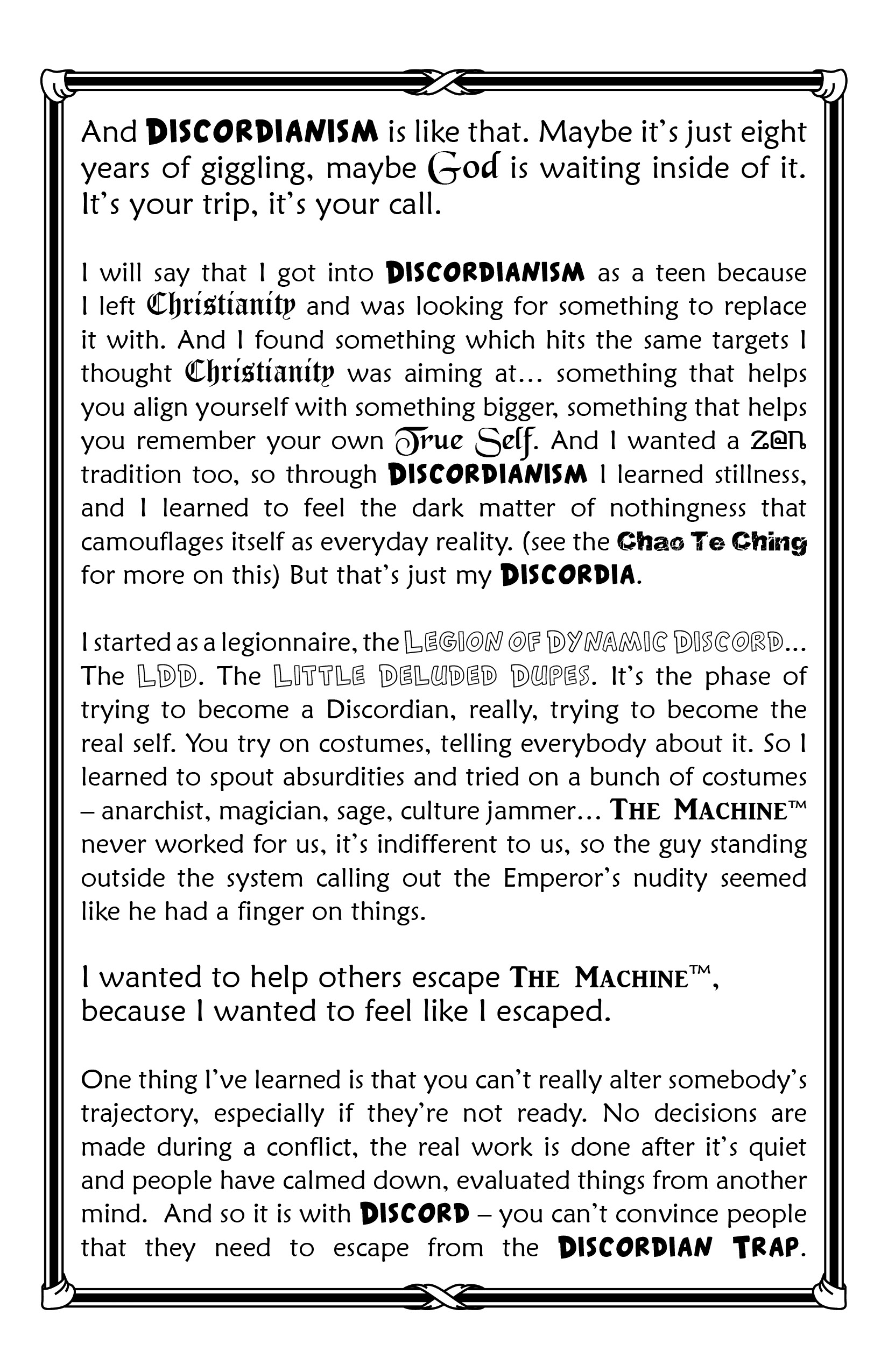 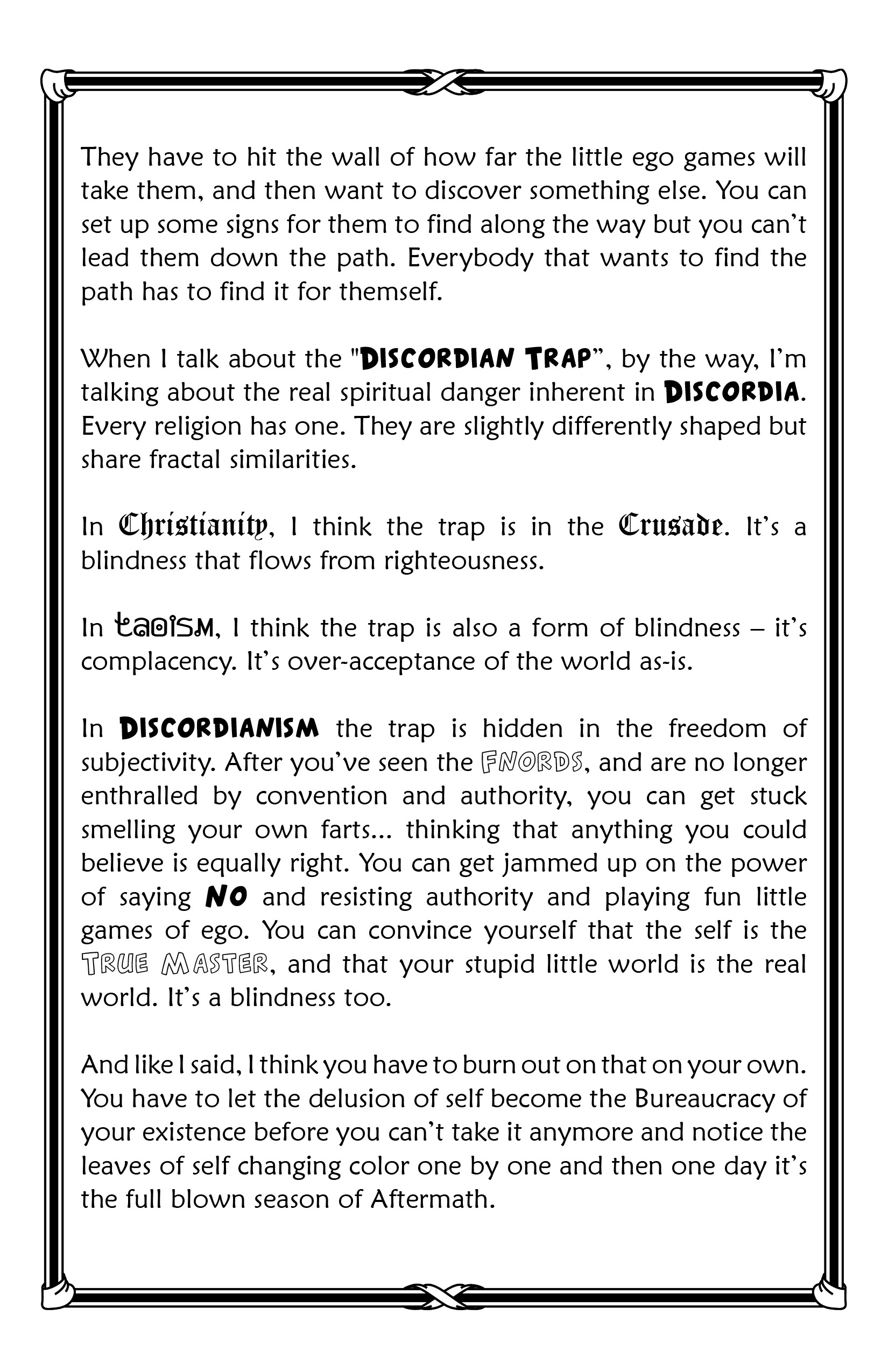 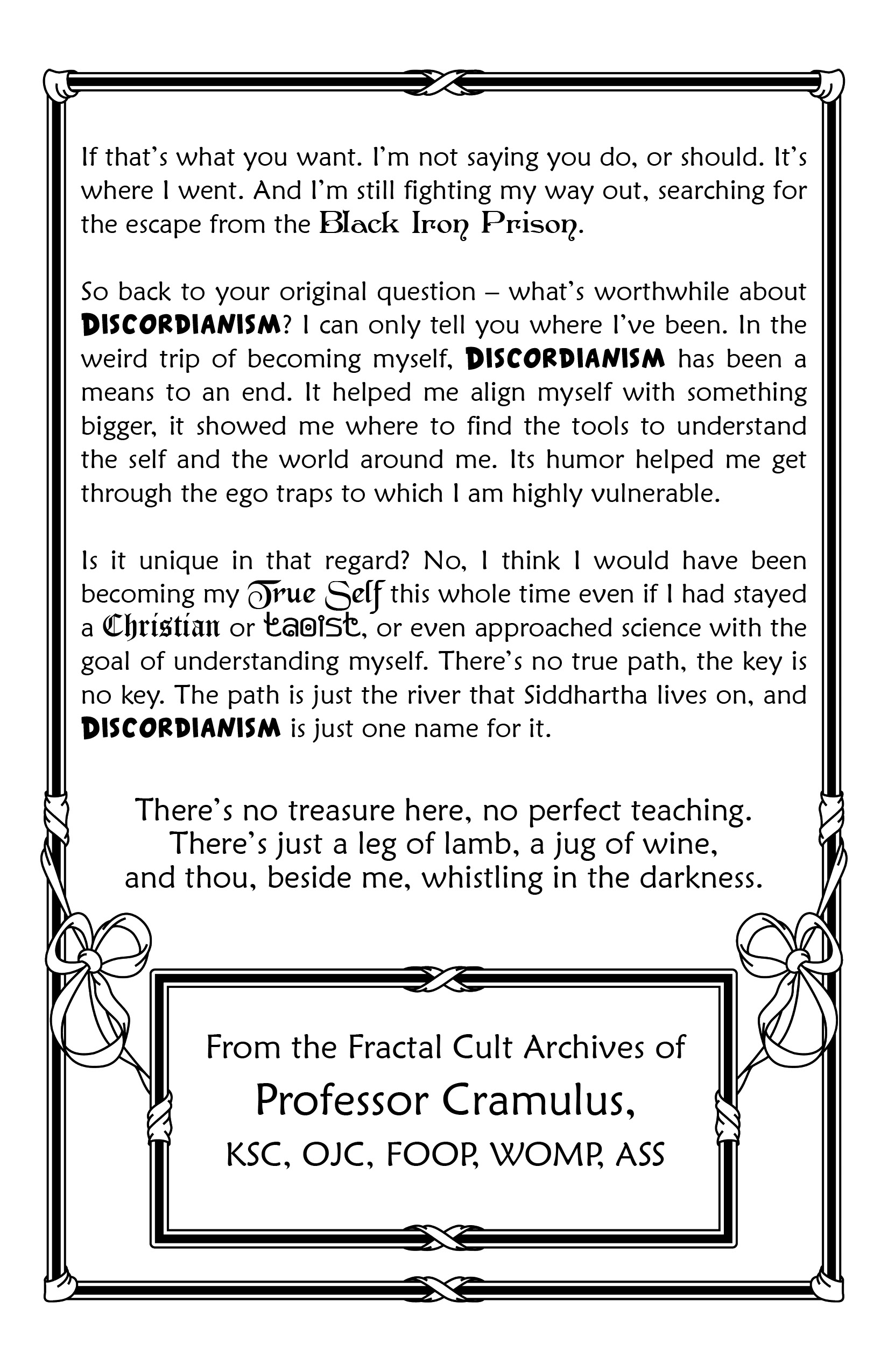 View/Download PDF
Print File for Booklets!
Transcript
“What is there to Discordianism that is worth wading through the turbulent sea of butts, dicks, and racial slurs to be found in what I’ve come to think of as ‘exoteric Discordianism?’ What would you say is genuinely worthwhile in other words?” I thought about this all morning. I’ve been thinking about it for close to 20 years. Listen; really listen now — What is there to Discordianism that’s worth wading through the crap? Nothing. There isn’t anything there. Let me back up a bit. Timothy Leary’s research on acid said that acid always meets your expectations. If you go into it expecting eight hours of giggles, that’s what you get. If you go into it thinking it’ll horrify you, it will. If you expect to meet God, you are going to meet God. And Discordianism is like that. Maybe it’s just eight years of giggling, maybe God is waiting inside of it. It’s your trip, it’s your call. I will say that I got into Discordianism as a teen because I left Christianity and was looking for something to replace it with. And I found something which hits the same targets I thought Christianity was aiming at… something that helps you align yourself with something bigger, something that helps you remember your own True Self. And I wanted a zen tradition too, so through Discordianism I learned stillness, and I learned to feel the dark matter of nothingness that camouflages itself as everyday reality. (see the Chao Te Ching for more on this) But that’s just my Discordia. I started as a legionnaire, the Legion of Dynamic Discord…The LDD. The Little Deluded Dupes. It’s the phase of trying to become a Discordian, really, trying to become the real self. You try on costumes, telling everybody about it. So I learned to spout absurdities and tried on a bunch of costumes – anarchist, magician, sage, culture jammer… The Machine™ never worked for us, it’s indifferent to us, so the guy standing outside the system calling out the Emperor’s nudity seemed like he had a finger on things. I wanted to help others escape The Machine™, because I wanted to feel like I escaped. One thing I’ve learned is that you can’t really alter somebody’s trajectory, especially if they’re not ready. No decisions are made during a conflict, the real work is done after it’s quiet and people have calmed down, evaluated things from another mind. And so it is with Discord – you can’t convince people that they need to escape from the Discordian Trap. They have to hit the wall of how far the little ego games will take them, and then want to discover something else. You can set up some signs for them to find along the way but you can’t lead them down the path. Everybody that wants to find the path has to find it for themself. When I talk about the “Discordian Trap”, by the way, I’m talking about the real spiritual danger inherent in Discordia. Every religion has one. They are slightly differently shaped but share fractal similarities. In Christianity, I think the trap is in the Crusade. It’s a blindness that flows from righteousness. In Taoism, I think the trap is also a form of blindness – it’s complacency. It’s over-acceptance of the world as-is. In Discordianism the trap is hidden in the freedom of subjectivity. After you’ve seen the Fnords, and are no longer enthralled by convention and authority, you can get stuck smelling your own farts… thinking that anything you could believe is equally right. You can get jammed up on the power of saying No and resisting authority and playing fun little games of ego. You can convince yourself that the self is the True Master, and that your stupid little world is the real world. It’s a blindness too. And like I said, I think you have to burn out on that on your own. You have to let the delusion of self become the Bureaucracy of your existence before you can’t take it anymore and notice the leaves of self changing color one by one and then one day it’s the full blown season of Aftermath. If that’s what you want. I’m not saying you do, or should. It’s where I went. And I’m still fighting my way out, searching for the escape from the Black Iron Prison. So back to your original question – what’s worthwhile about Discordianism? I can only tell you where I’ve been. In the weird trip of becoming myself, Discordianism has been a means to an end. It helped me align myself with something bigger, it showed me where to find the tools to understand the self and the world around me. Its humor helped me get through the ego traps to which I am highly vulnerable. Is it unique in that regard? No, I think I would have been becoming my True Self this whole time even if I had stayed a Christian or Taoist, or even approached science with the goal of understanding myself. There’s no true path, the key is no key. The path is just the river that Siddhartha lives on, and Discordianism is just one name for it. There’s no treasure here, no perfect teaching. There’s just a leg of lamb, a jug of wine, and thou, beside me, whistling in the darkness. From the Fractal Cult Archives of Professor Cramulus, KSC, OJC, FOOP, WOMP, ASS 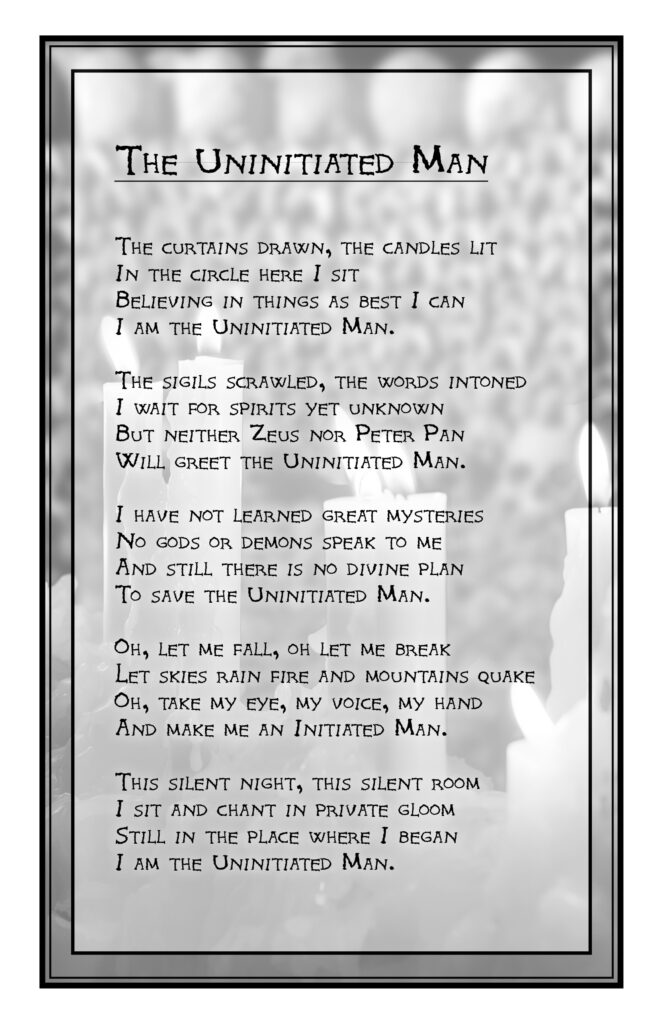 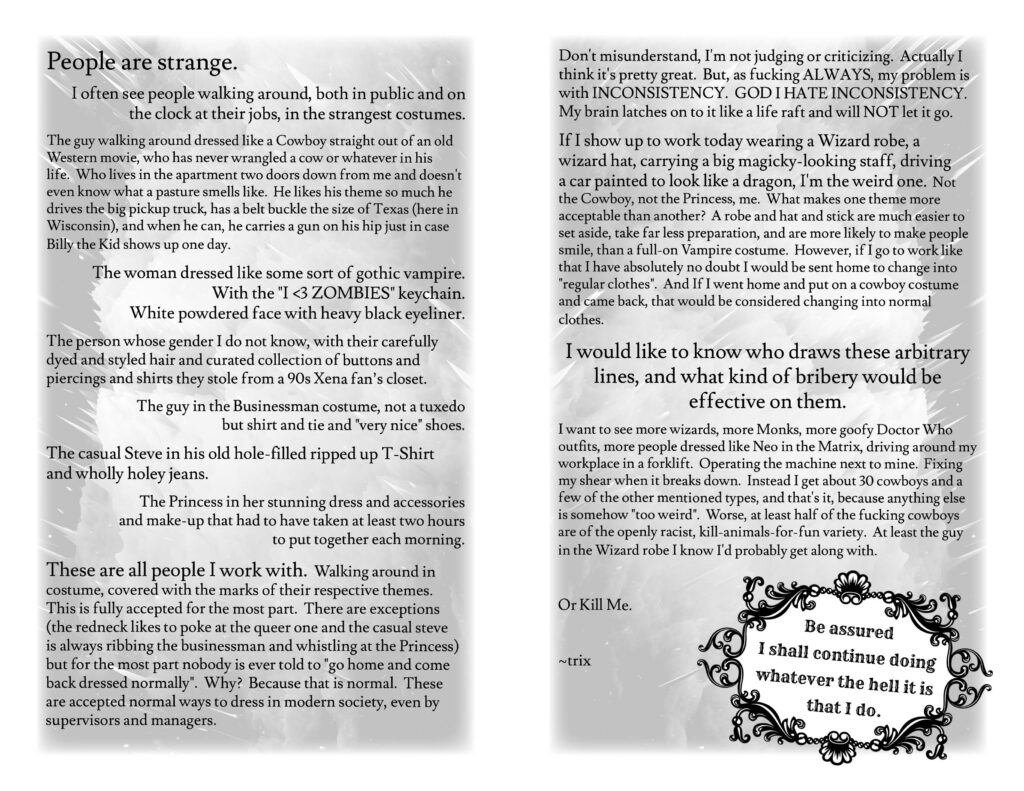 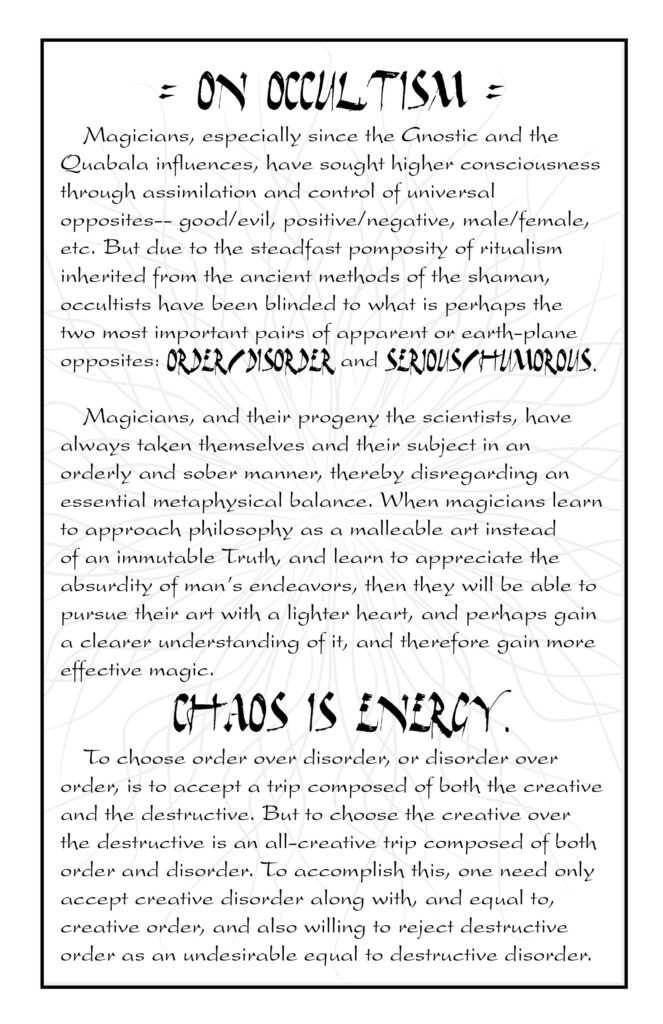 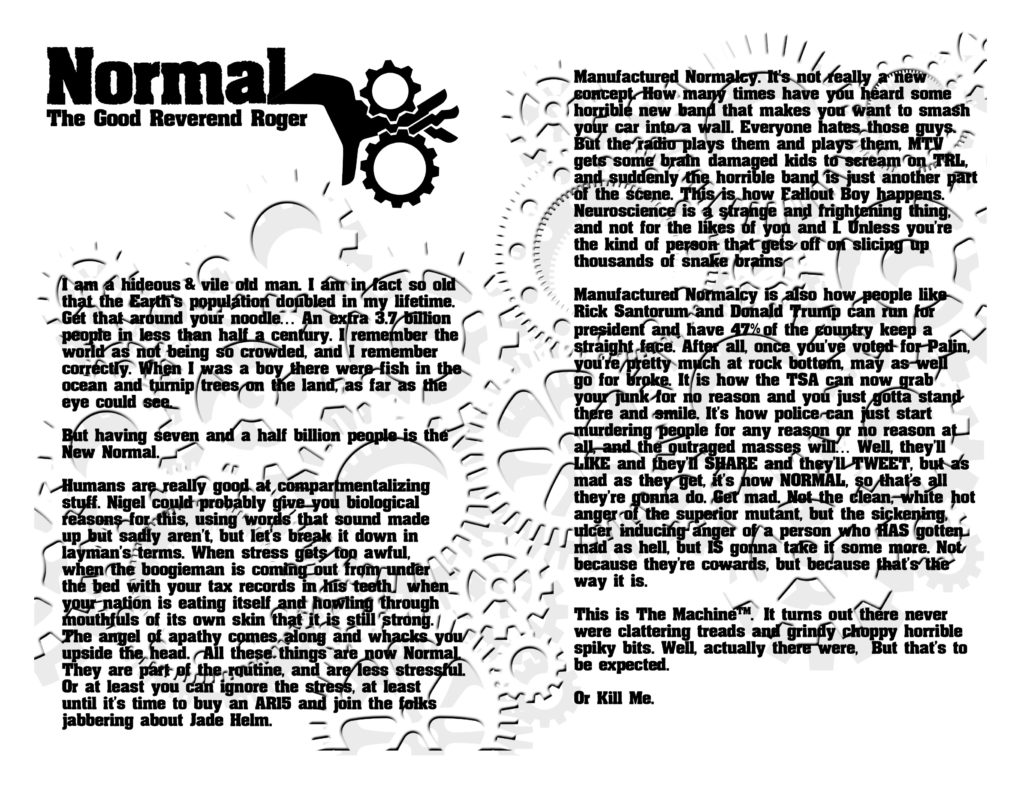 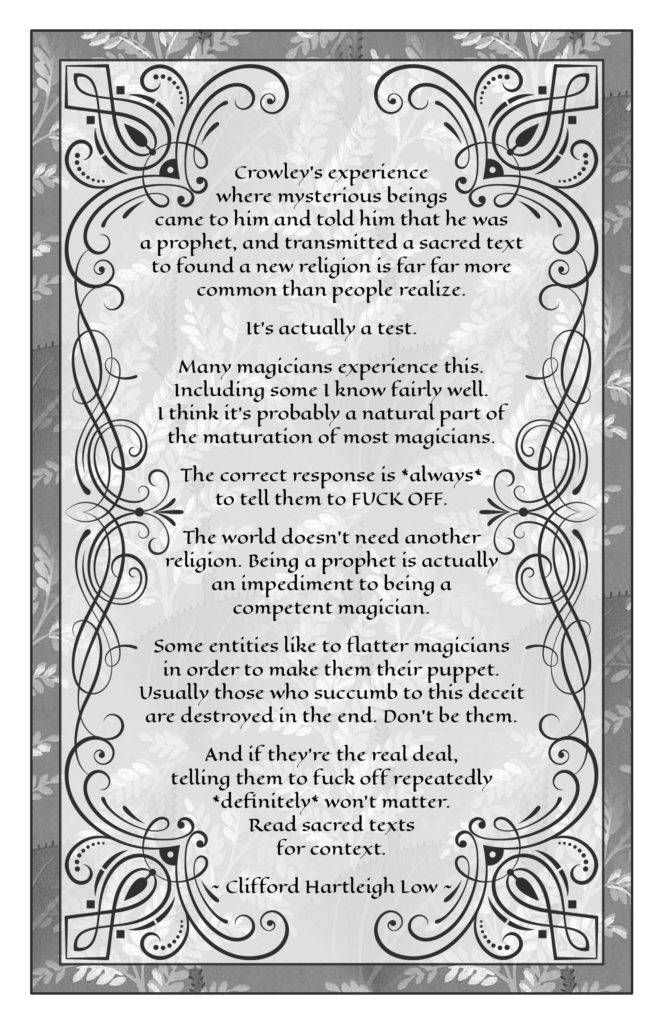 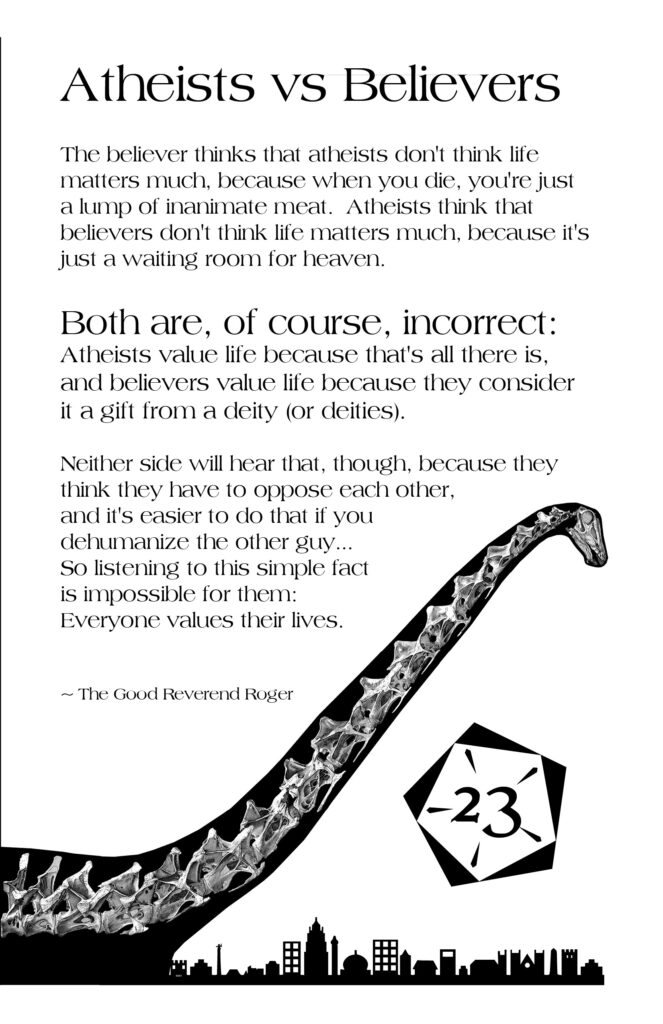 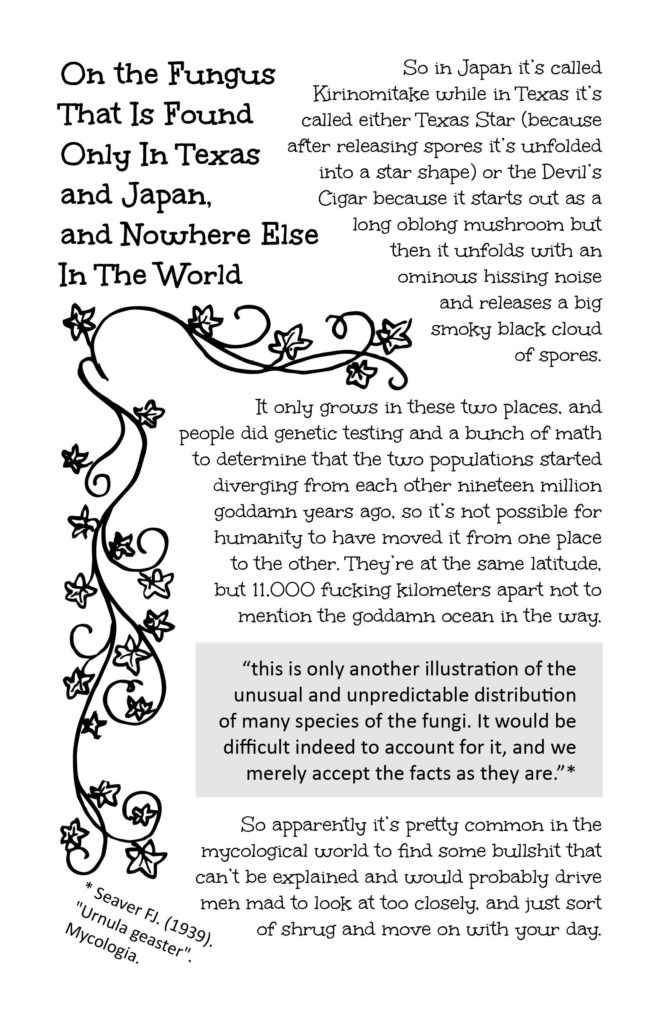 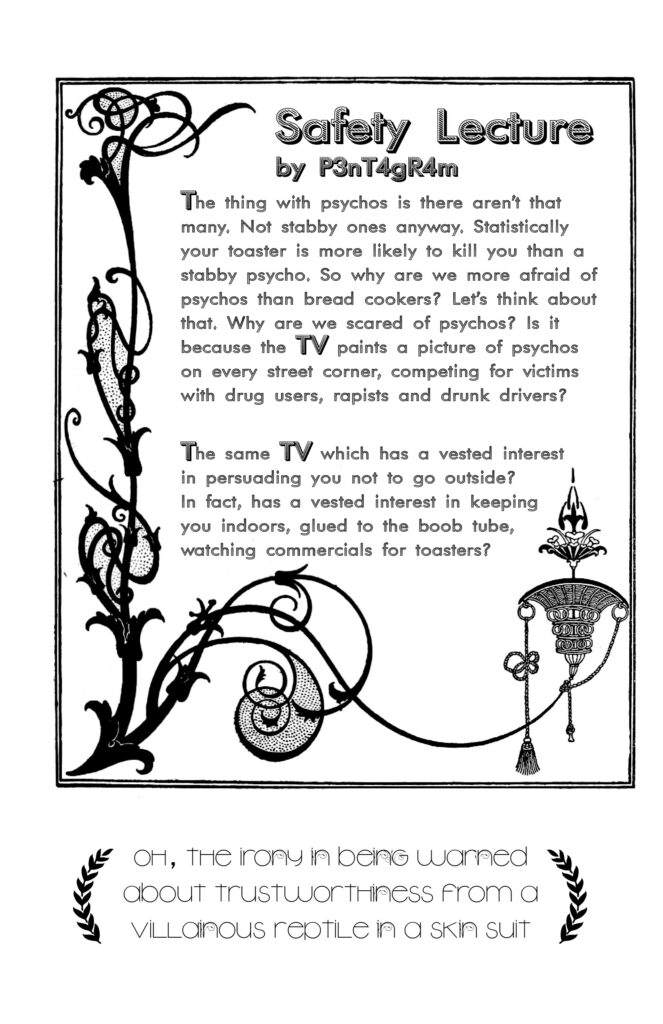 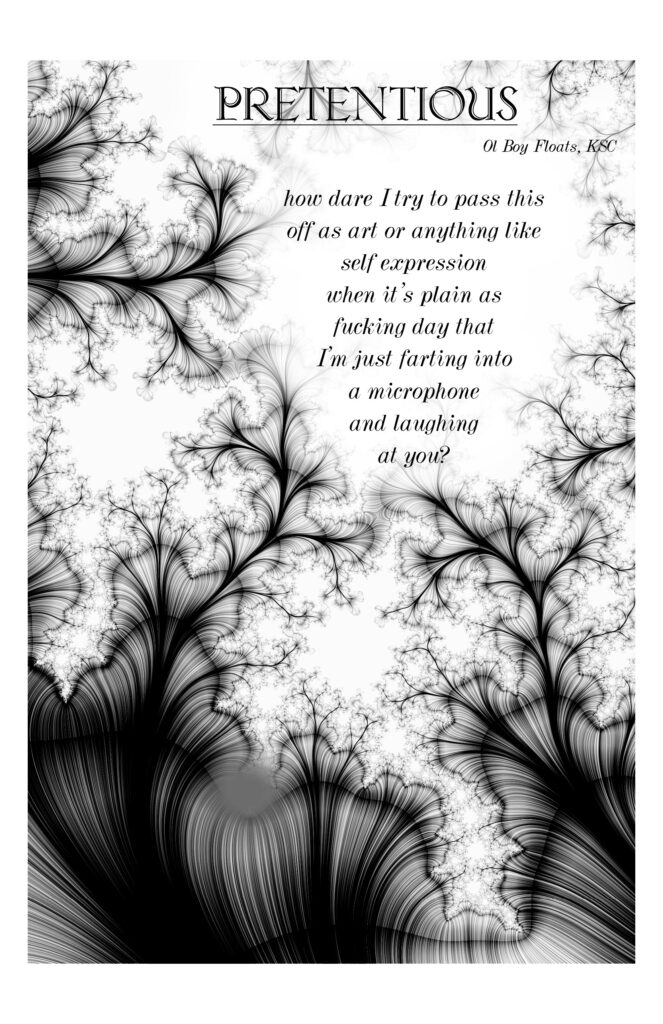 It Can Always Get Worse