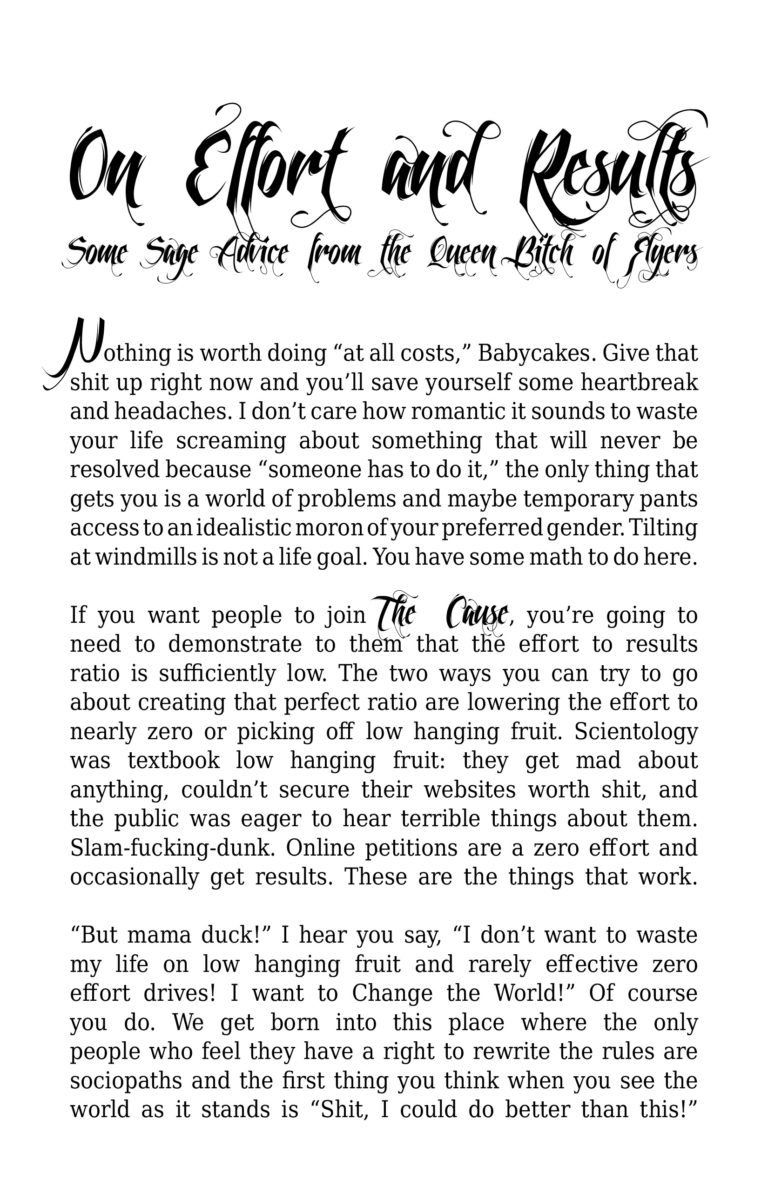 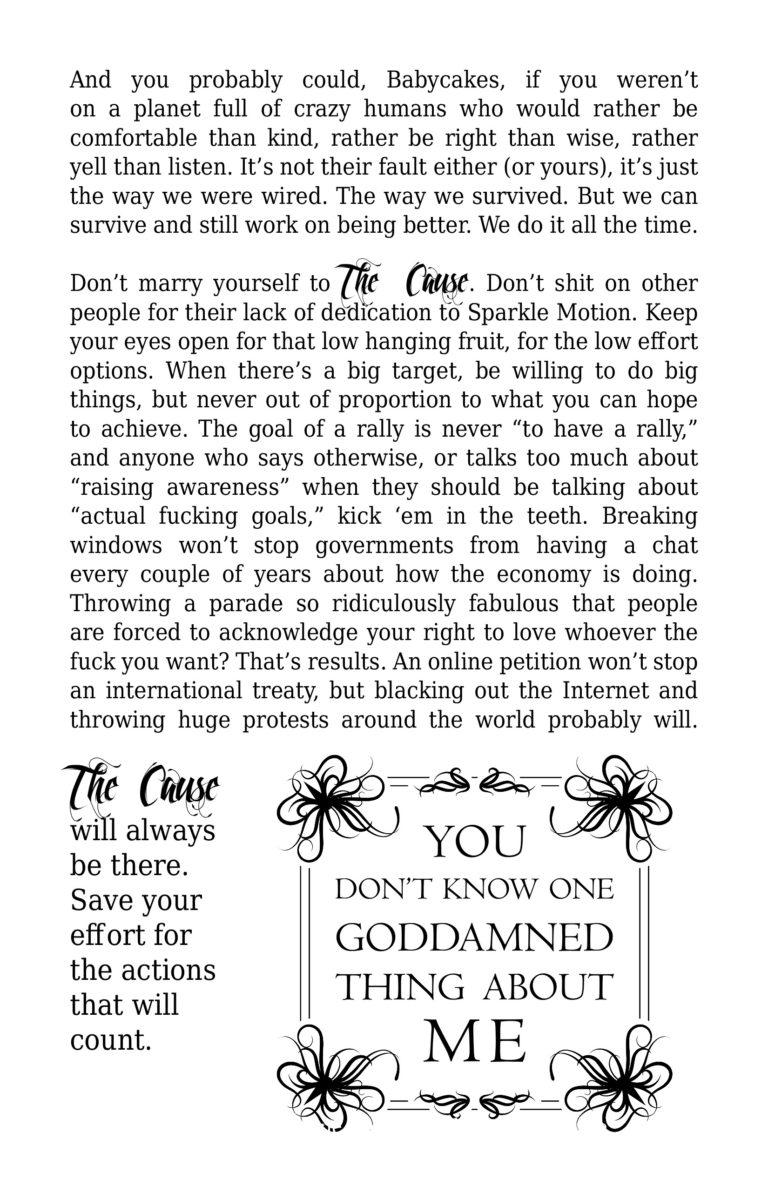 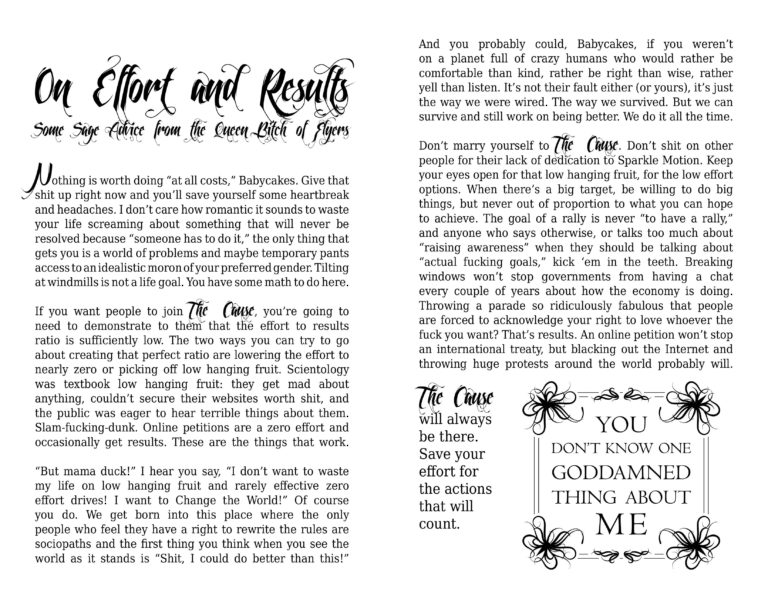 Nothing is worth doing “at all costs,” Babycakes. Give that shit up right now and you’ll save yourself some heartbreak and headaches. I don’t care how romantic it sounds to waste your life screaming about something that will never be resolved because “someone has to do it,” the only thing that gets you is a world of problems and maybe temporary pants access to an idealistic moron of your preferred gender. Tilting at windmills is not a life goal. You have some math to do here.

If you want people to join The Cause, you’re going to need to demonstrate to them that the effort to results ratio is sufficiently low. The two ways you can try to go about creating that perfect ratio are lowering the effort to nearly zero or picking off low hanging fruit. Scientology was textbook low hanging fruit: they get mad about anything, couldn’t secure their websites worth shit, and the public was eager to hear terrible things about them. Slam-fucking-dunk. Online petitions are a zero effort and occasionally get results. These are the things that work.

“But mama duck!” I hear you say, “I don’t want to waste my life on low hanging fruit and rarely effective zero effort drives! I want to Change the World!” Of course you do. We get born into this place where the only people who feel they have a right to rewrite the rules are sociopaths and the first thing you think when you see the world as it stands is “Shit, I could do better than this!”
And you probably could, Babycakes, if you weren’t on a planet full of crazy humans who would rather be comfortable than kind, rather be right than wise, rather yell than listen. It’s not their fault either (or yours), it’s just the way we were wired. The way we survived. But we can survive and still work on being better. We do it all the time.

Don’t marry yourself to The Cause. Don’t shit on other people for their lack of dedication to Sparkle Motion. Keep your eyes open for that low hanging fruit, for the low effort options. When there’s a big target, be willing to do big things, but never out of proportion to what you can hope to achieve. The goal of a rally is never “to have a rally,” and anyone who says otherwise, or talks too much about “raising awareness” when they should be talking about “actual fucking goals,” kick ‘em in the teeth. Breaking windows won’t stop governments from having a chat every couple of years about how the economy is doing. Throwing a parade so ridiculously fabulous that people are forced to acknowledge your right to love whoever the fuck you want? That’s results. An online petition won’t stop an international treaty, but blacking out the Internet and throwing huge protests around the world probably will.

The Cause will always be there. Save your effort for the actions that will count.