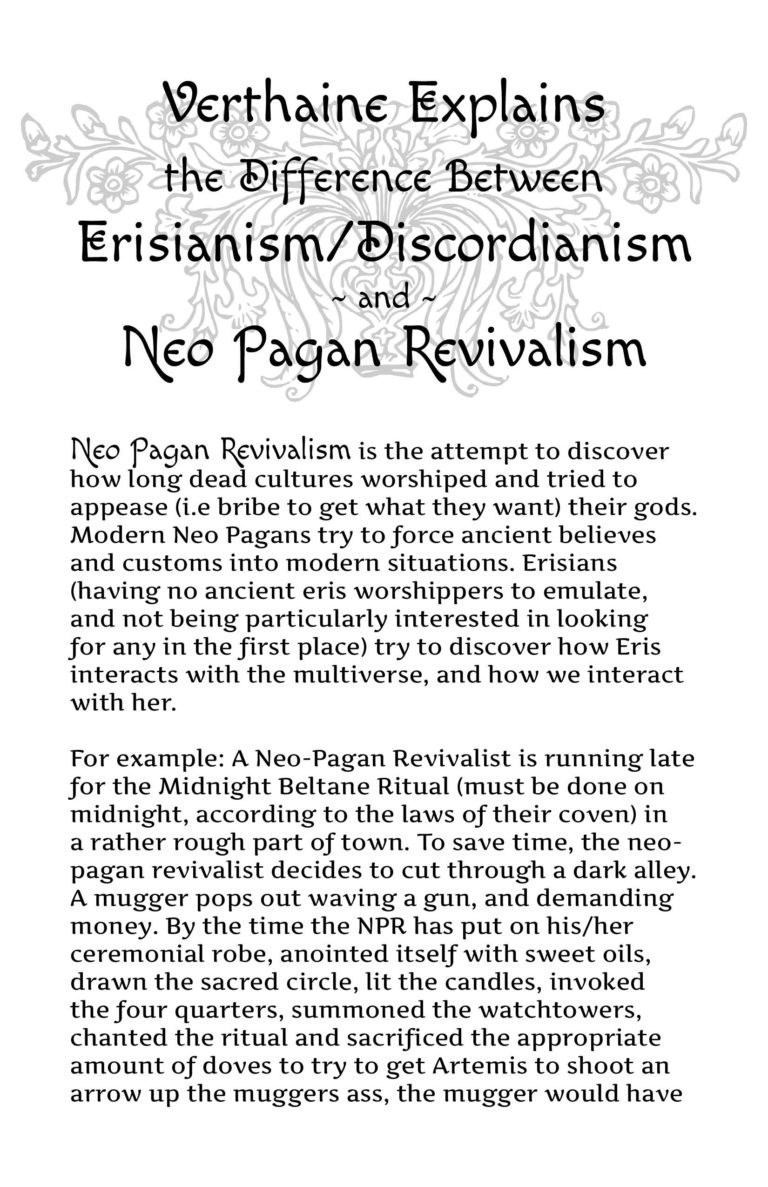 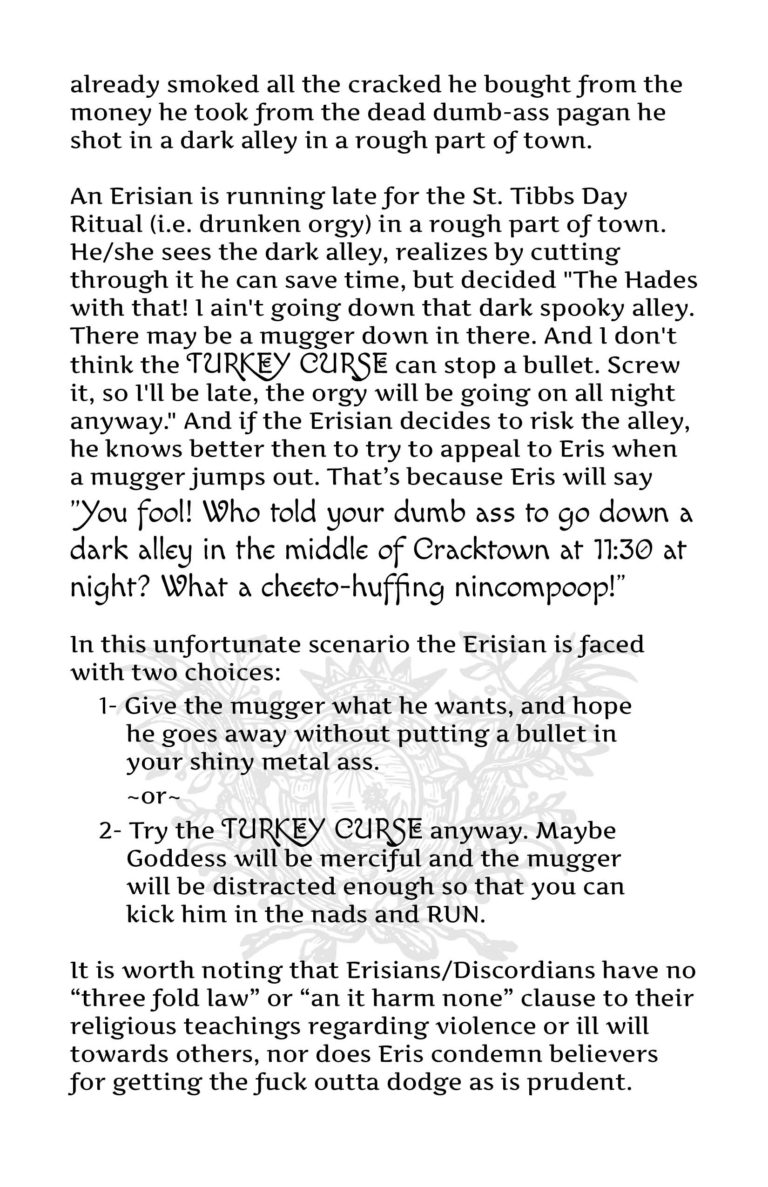 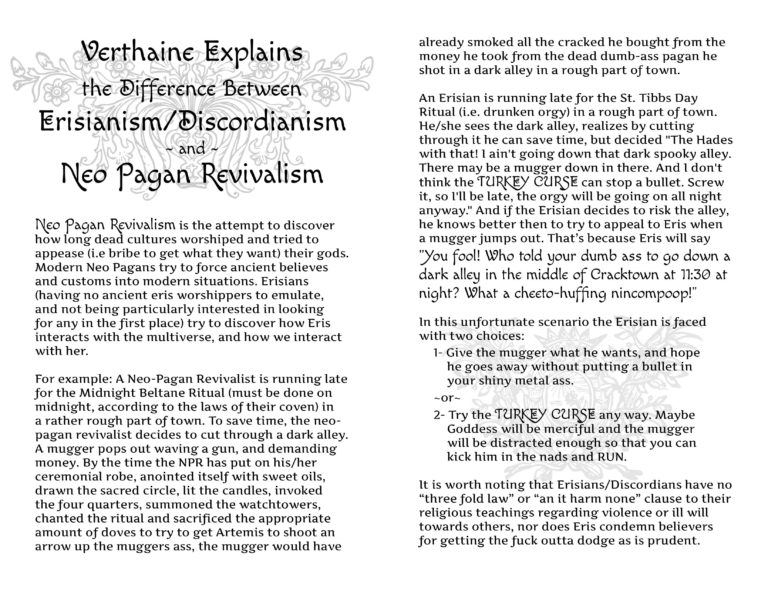 View as a PDF

Verthaine Explains the Difference Between
Erisianism/Discordianism
~ and ~
Neo Pagan Revivalism

Neo Pagan Revivalism is the attempt to discover how long dead cultures worshiped and tried to appease (i.e bribe to get what they want) their gods. Modern Neo Pagans try to force ancient believes and customs into modern situations. Erisians (having no ancient eris worshippers to emulate, and not being particularly interested in looking for any in the first place) try to discover how Eris interacts with the multiverse, and how we interact with her.

For example: A Neo-Pagan Revivalist is running late for the Midnight Beltane Ritual (must be done on midnight, according to the laws of their coven) in a rather rough part of town. To save time, the neopagan revivalist decides to cut through a dark alley. A mugger pops out waving a gun, and demanding money. By the time the NPR has put on his/her ceremonial robe, anointed itself with sweet oils, drawn the sacred circle, lit the candles, invoked the four quarters, summoned the watchtowers, chanted the ritual and sacrificed the appropriate amount of doves to try to get Artemis to shoot an arrow up the muggers ass, the mugger would have already smoked all the cracked he bought from the money he took from the dead dumb-ass pagan he shot in a dark alley in a rough part of town.

In this unfortunate scenario the Erisian is faced with two choices:

1- Give the mugger what he wants, and hope he goes away without putting a bullet in your shiny metal ass.
~or~
2- Try the TURKEY CURSE anyway. Maybe Goddess will be merciful and the mugger will be distracted enough so that you can kick him in the nads and RUN.

It is worth noting that Erisians/Discordians have no “three fold law” or “an it harm none” clause to their religious teachings regarding violence or ill will towards others, nor does Eris condemn believers for getting the fuck outta dodge as is prudent.