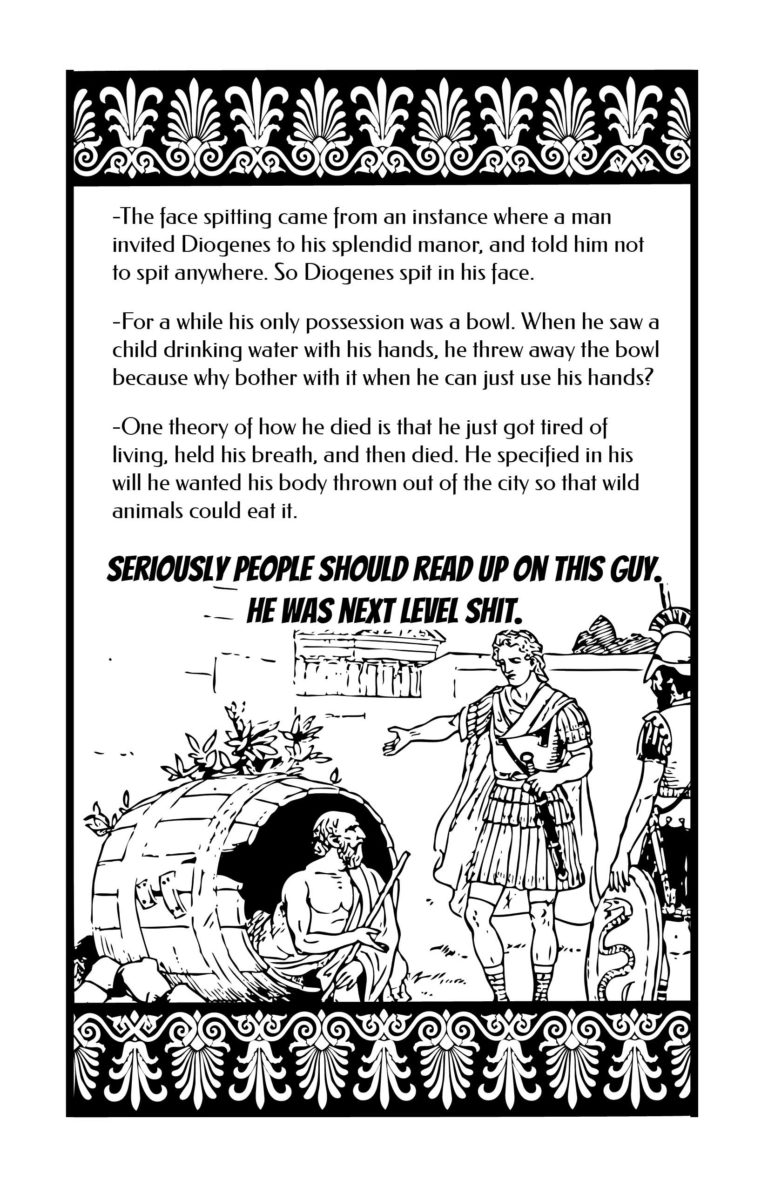 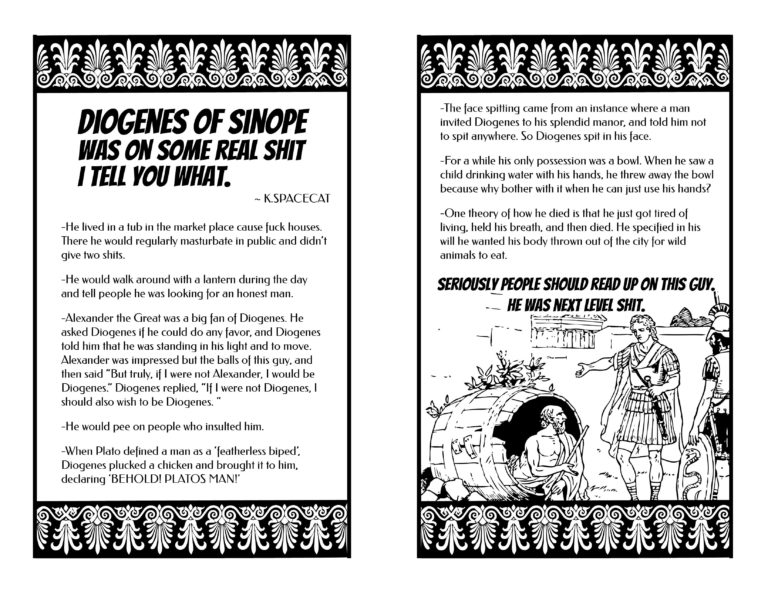 -He would walk around with a lantern during the day and tell people he was looking for an honest man.

-Alexander the Great was a big fan of Diogenes. He asked Diogenes if he could do any favor, and Diogenes told him that he was standing in his light and to move. Alexander was impressed but the balls of this guy, and then said “But truly, if I were not Alexander, I would be Diogenes.” Diogenes replied, “If I were not Diogenes, I should also wish to be Diogenes. “

-He would pee on people who insulted him.

-When Plato defined a man as a ‘featherless biped’, Diogenes plucked a chicken and brought it to him, declaring ‘BEHOLD! PLATO’S MAN!’

-The face spitting came from an instance where a man invited Diogenes to his splendid manor, and told him not to spit anywhere. So Diogenes spit in his face.

-For a while his only possession was a bowl. When he saw a child drinking water with his hands, he threw away the bowl because why bother with it when he can just use his hands?

-One theory of how he died is that he just got tired of living, held his breath, and then died. He specified in his will he wanted his body thrown out of the city so that wild animals could eat it.

Seriously people should read up on this guy.
He was next level shit.