PrevLove With A Discordian
Handcuffs IINext

The Functionality of the Strange 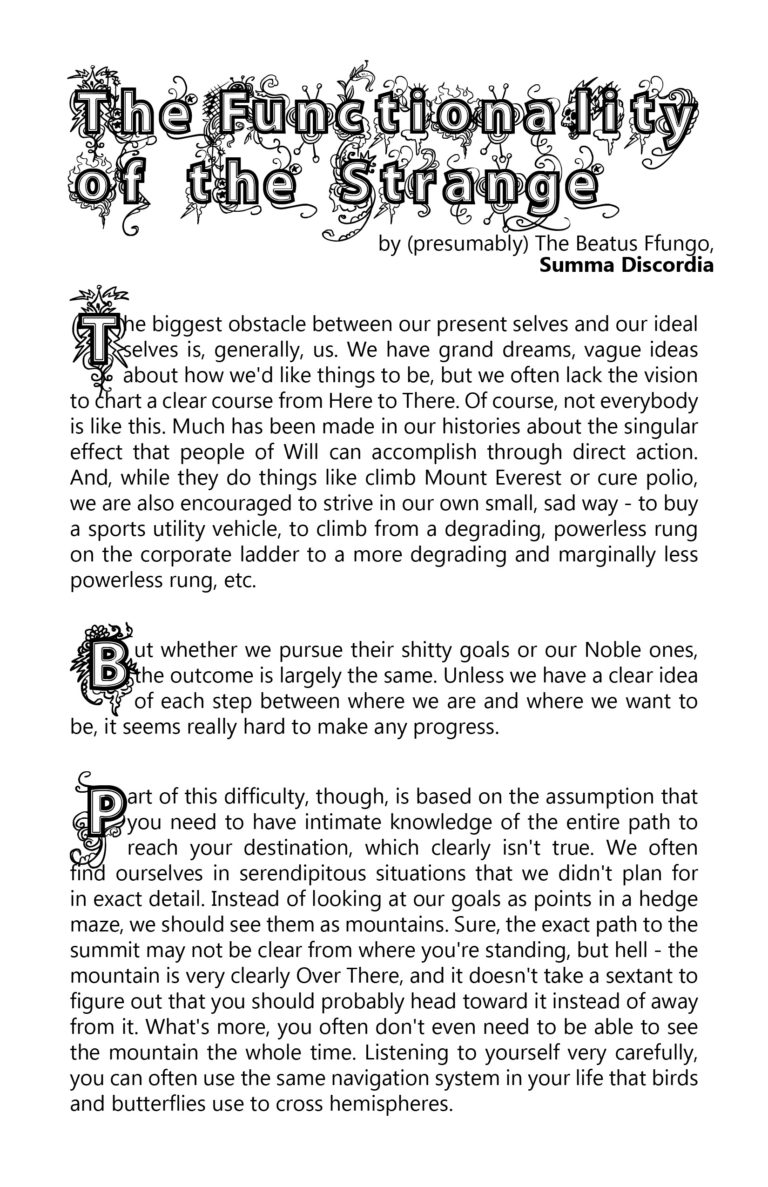 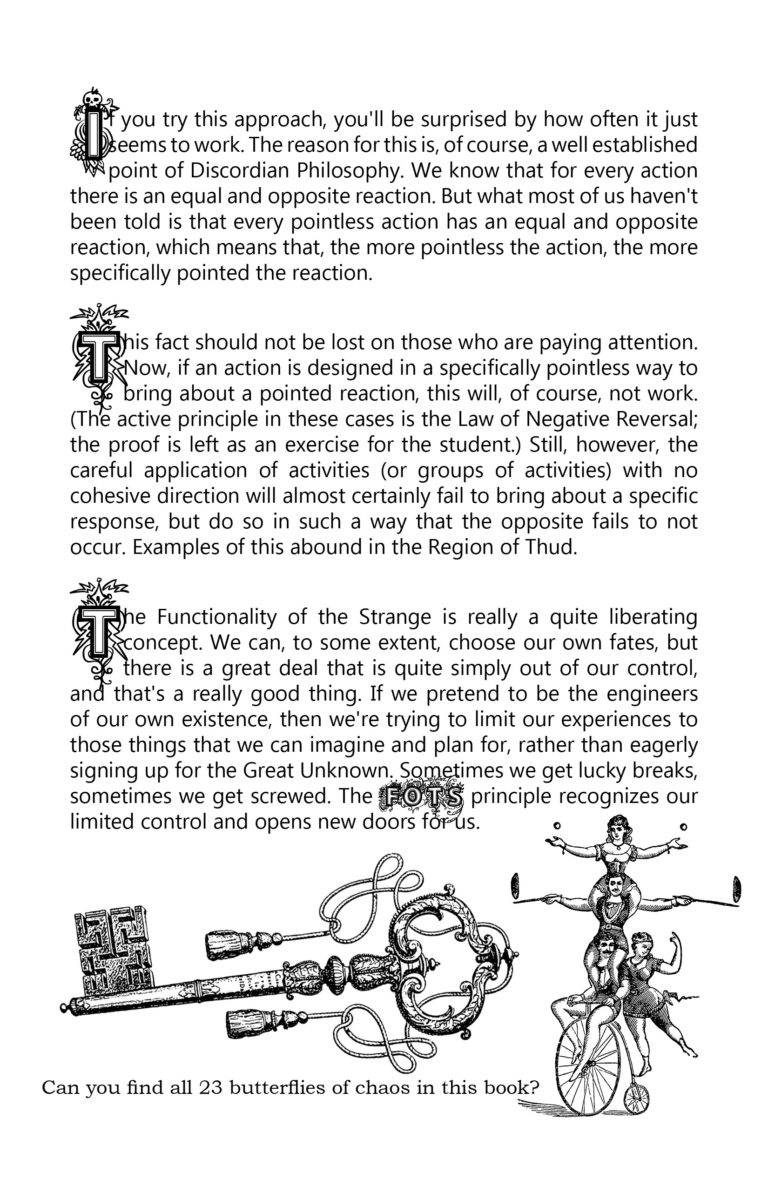 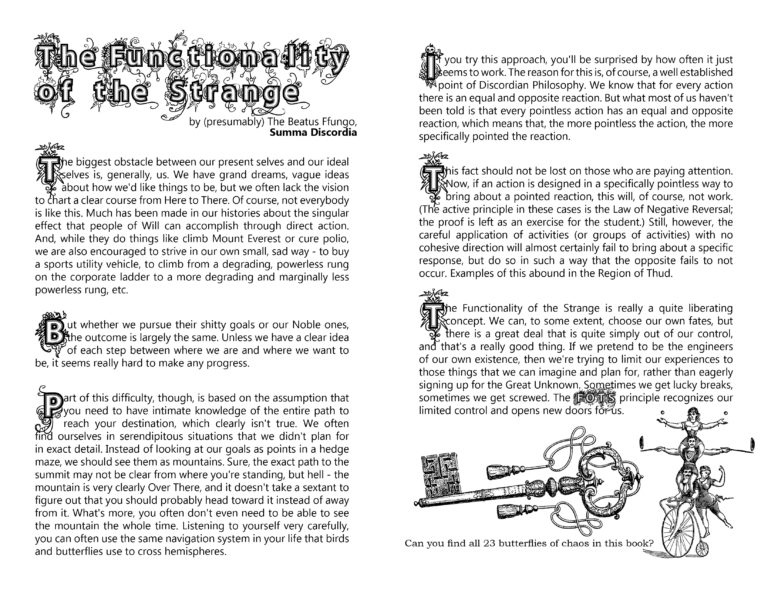 The biggest obstacle between our present selves and our ideal selves is, generally, us. We have grand dreams, vague ideas about how we’d like things to be, but we often lack the vision to chart a clear course from Here to There. Of course, not everybody is like this. Much has been made in our histories about the singular effect that people of Will can accomplish through direct action. And, while they do things like climb Mount Everest or cure polio, we are also encouraged to strive in our own small, sad way – to buy a sports utility vehicle, to climb from a degrading, powerless rung on the corporate ladder to a more degrading and marginally less powerless rung, etc.

But whether we pursue their shitty goals or our Noble ones, the outcome is largely the same. Unless we have a clear idea of each step between where we are and where we want to be, it seems really hard to make any progress.

Part of this difficulty, though, is based on the assumption that you need to have intimate knowledge of the entire path to reach your destination, which clearly isn’t true. We often find ourselves in serendipitous situations that we didn’t plan for in exact detail. Instead of looking at our goals as points in a hedge maze, we should see them as mountains. Sure, the exact path to the summit may not be clear from where you’re standing, but hell – the mountain is very clearly Over There, and it doesn’t take a sextant to figure out that you should probably head toward it instead of away from it. What’s more, you often don’t even need to be able to see the mountain the whole time. Listening to yourself very carefully, you can often use the same navigation system in your life that birds and butterflies use to cross hemispheres.

If you try this approach, you’ll be surprised by how often it just seems to work. The reason for this is, of course, a well established point of Discordian Philosophy. We know that for every action there is an equal and opposite reaction. But what most of us haven’t been told is that every pointless action has an equal and opposite reaction, which means that, the more pointless the action, the more specifically pointed the reaction.

This fact should not be lost on those who are paying attention. Now, if an action is designed in a specifically pointless way to bring about a pointed reaction, this will, of course, not work. (The active principle in these cases is the Law of Negative Reversal; the proof is left as an exercise for the student.) Still, however, the careful application of activities (or groups of activities) with no cohesive direction will almost certainly fail to bring about a specific response, but do so in such a way that the opposite fails to not occur. Examples of this abound in the Region of Thud.

The Functionality of the Strange is really a quite liberating concept. We can, to some extent, choose our own fates, but there is a great deal that is quite simply out of our control, and that’s a really good thing. If we pretend to be the engineers of our own existence, then we’re trying to limit our experiences to those things that we can imagine and plan for, rather than eagerly signing up for the Great Unknown. Sometimes we get lucky breaks, sometimes we get screwed. The FOTS principle recognizes our limited control and opens new doors for us.