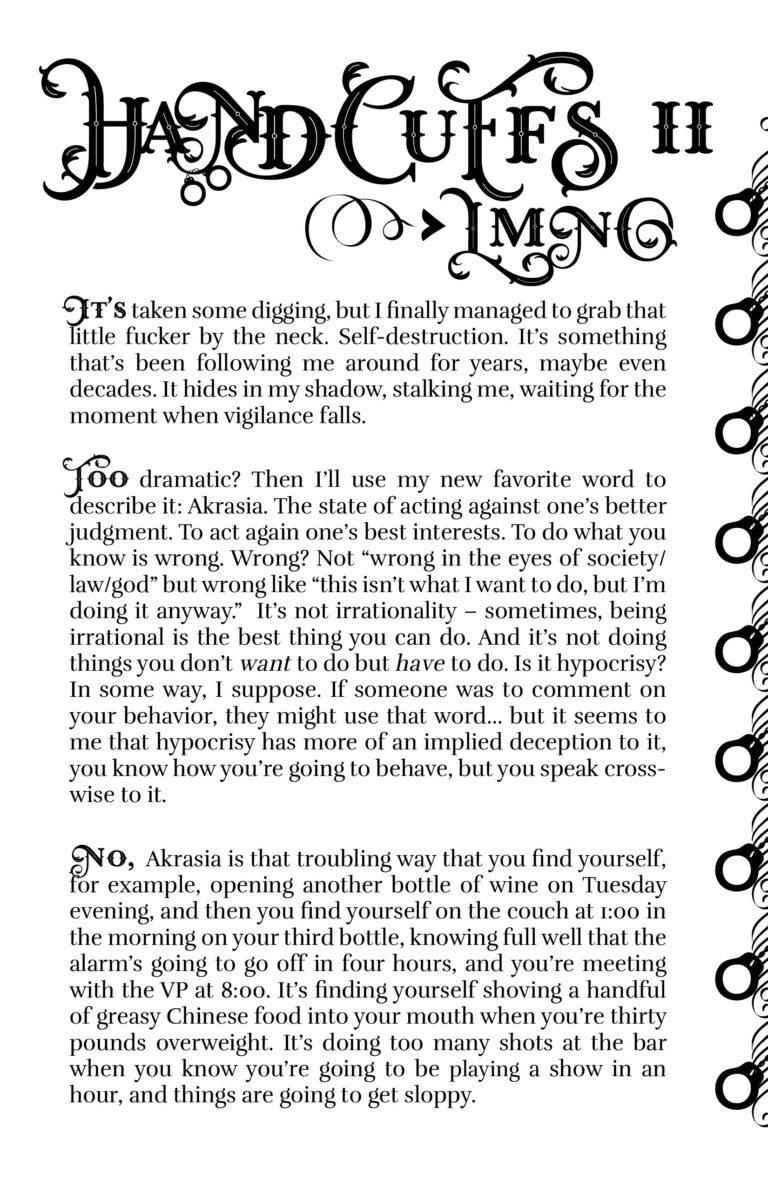 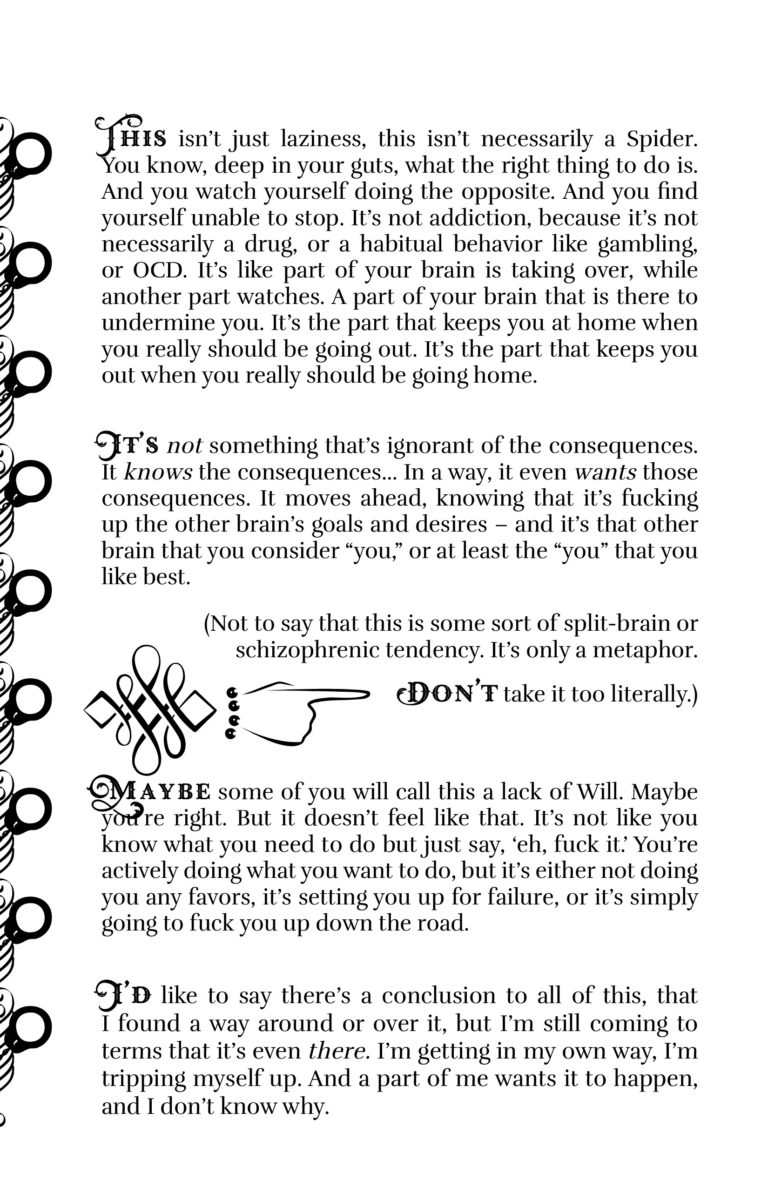 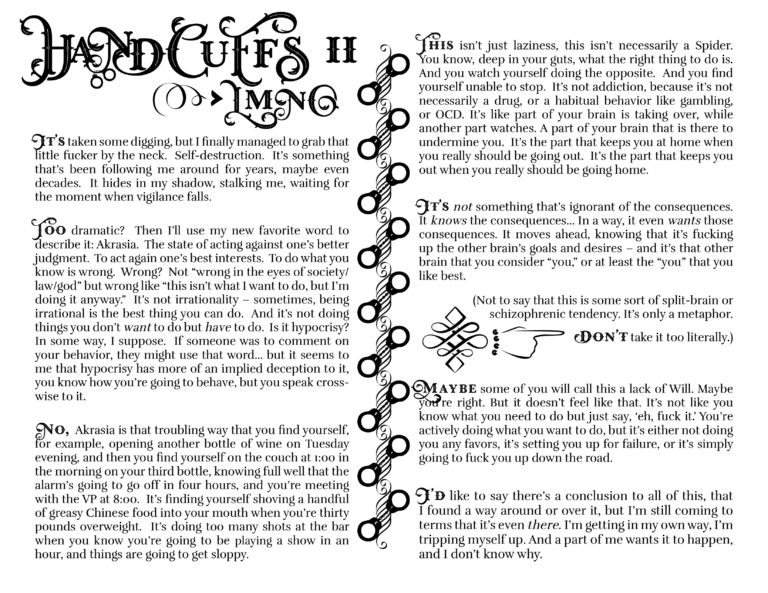 It’s taken some digging, but I finally managed to grab that little fucker by the neck. Self-destruction. It’s something that’s been following me around for years, maybe even decades. It hides in my shadow, stalking me, waiting for the moment when vigilance falls.

Too dramatic? Then I’ll use my new favorite word to describe it: Akrasia. The state of acting against one’s better judgment. To act again one’s best interests. To do what you know is wrong. Wrong? Not “wrong in the eyes of society/law/god” but wrong like “this isn’t what I want to do, but I’m doing it anyway.” It’s not irrationality – sometimes, being irrational is the best thing you can do. And it’s not doing things you don’t want to do but have to do. Is it hypocrisy? In some way, I suppose. If someone was to comment on your behavior, they might use that word… but it seems to me that hypocrisy has more of an implied deception to it, you know how you’re going to behave, but you speak crosswise to it.

No, Akrasia is that troubling way that you find yourself, for example, opening another bottle of wine on Tuesday evening, and then you find yourself on the couch at 1:00 in the morning on your third bottle, knowing full well that the alarm’s going to go off in four hours, and you’re meeting with the VP at 8:00. It’s finding yourself shoving a handful of greasy Chinese food into your mouth when you’re thirty pounds overweight. It’s doing too many shots at the bar when you know you’re going to be playing a show in an hour, and things are going to get sloppy.

This isn’t just laziness, this isn’t necessarily a Spider. You know, deep in your guts, what the right thing to do is. And you watch yourself doing the opposite. And you find yourself unable to stop. It’s not addiction, because it’s not necessarily a drug, or a habitual behavior like gambling, or OCD. It’s like part of your brain is taking over, while another part watches. A part of your brain that is there to undermine you. It’s the part that keeps you at home when you really should be going out. It’s the part that keeps you out when you really should be going home.

(Not to say that this is some sort of split-brain or schizophrenic tendency. It’s only a metaphor. Don’t take it too literally.)

Maybe some of you will call this a lack of Will. Maybe you’re right. But it doesn’t feel like that. It’s not like you know what you need to do but just say, ‘eh, fuck it.’ You’re actively doing what you want to do, but it’s either not doing you any favors, it’s setting you up for failure, or it’s simply going to fuck you up down the road.

I’d like to say there’s a conclusion to all of this, that I found a way around or over it, but I’m still coming to terms that it’s even there. I’m getting in my own way, I’m tripping myself up. And a part of me wants it to happen, and I don’t know why.