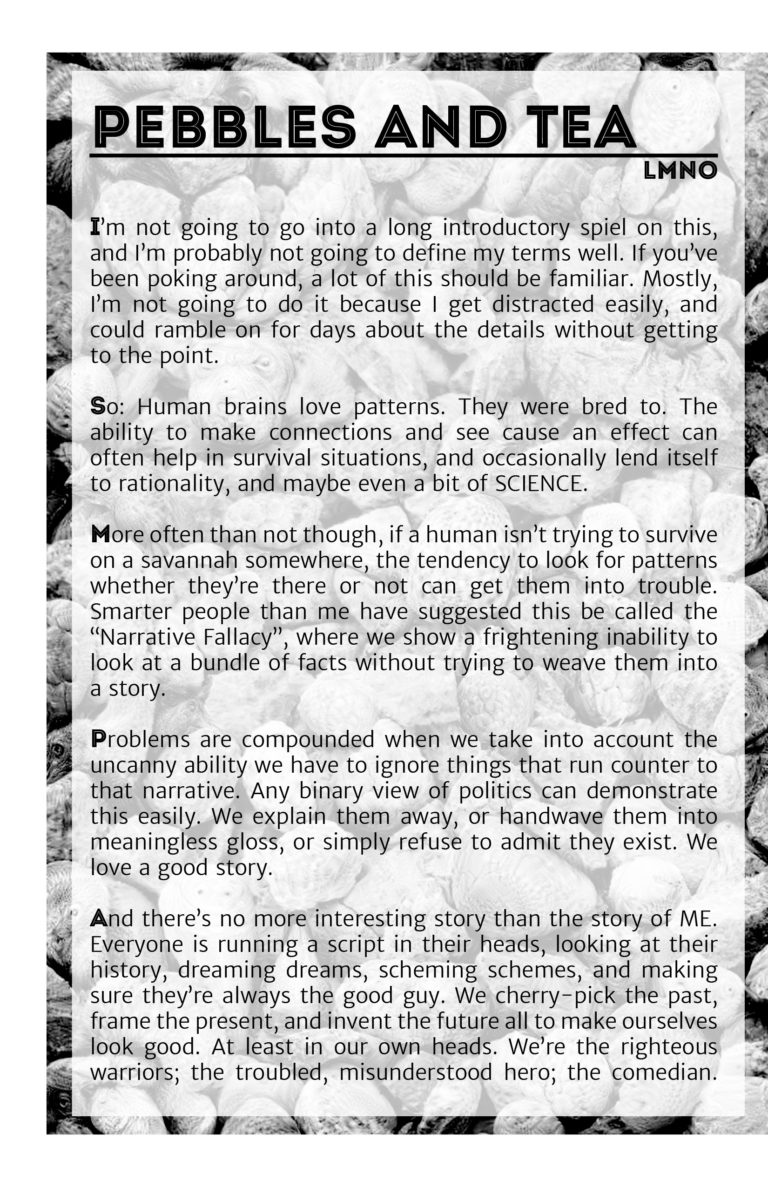 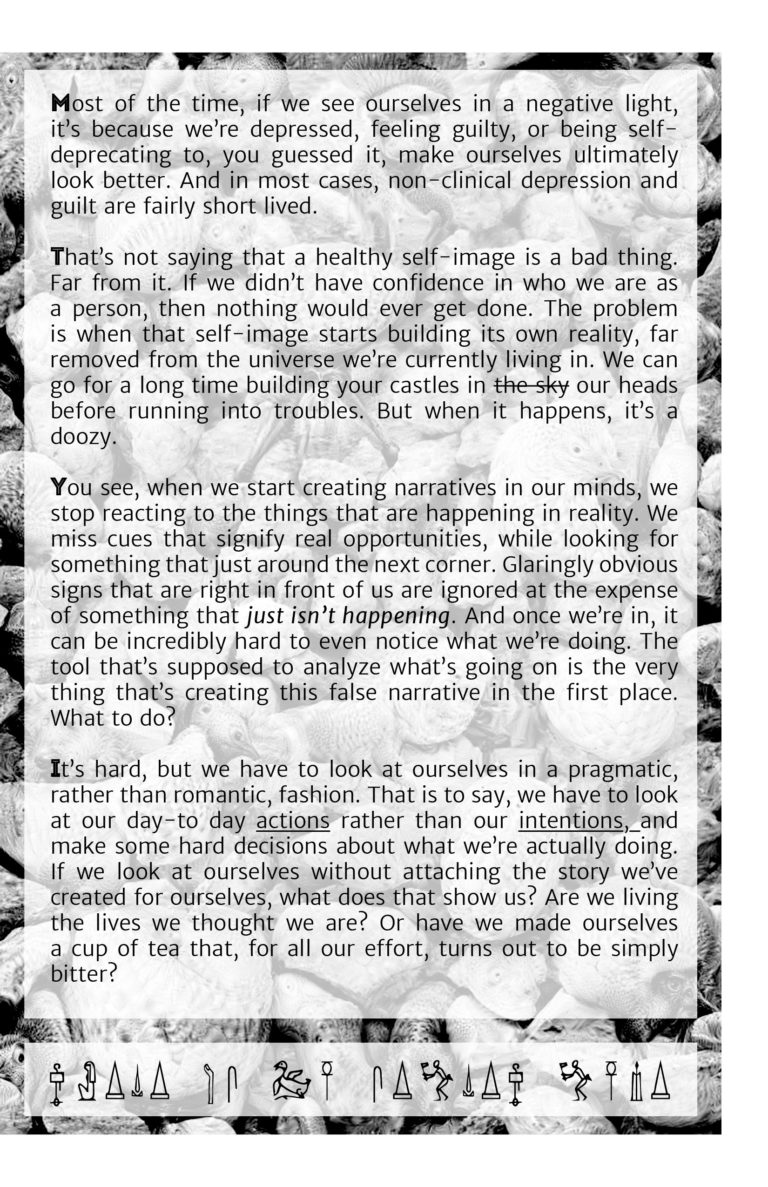 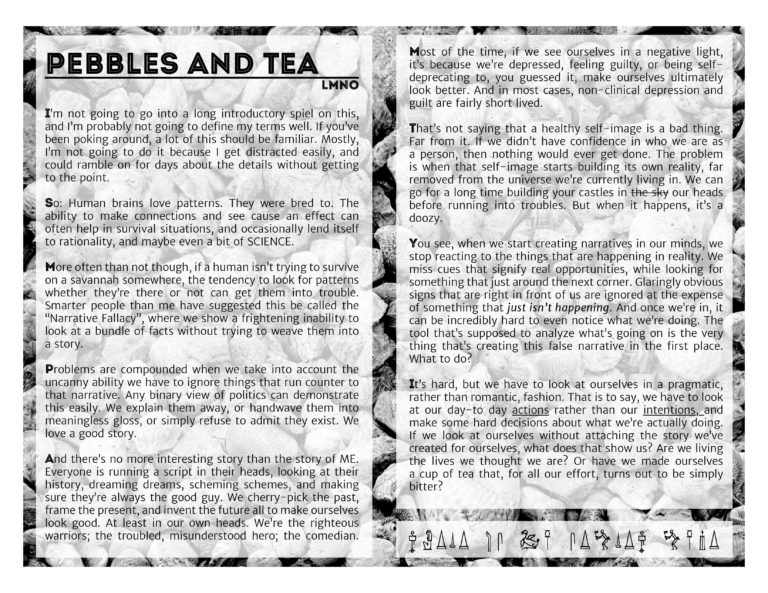 I’m not going to go into a long introductory spiel on this, and I’m probably not going to define my terms well. If you’ve been poking around, a lot of this should be familiar. Mostly, I’m not going to do it because I get distracted easily, and could ramble on for days about the details without getting to the point.

So: Human brains love patterns. They were bred to. The ability to make connections and see cause an effect can often help in survival situations, and occasionally lend itself to rationality, and maybe even a bit of SCIENCE.

More often than not though, if a human isn’t trying to survive on a savannah somewhere, the tendency to look for patterns whether they’re there or not can get them into trouble. Smarter people than me have suggested this be called the “Narrative Fallacy”, where we show a frightening inability to look at a bundle of facts without trying to weave them into a story.

Problems are compounded when we take into account the uncanny ability we have to ignore things that run counter to that narrative. Any binary view of politics can demonstrate this easily. We explain them away, or handwave them into meaningless gloss, or simply refuse to admit they exist. We love a good story.

And there’s no more interesting story than the story of ME. Everyone is running a script in their heads, looking at their history, dreaming dreams, scheming schemes, and making sure they’re always the good guy. We cherry-pick the past, frame the present, and invent the future all to make ourselves look good. At least in our own heads. We’re the righteous warriors; the troubled, misunderstood hero; the comedian.

Most of the time, if we see ourselves in a negative light, it’s because we’re depressed, feeling guilty, or being selfdeprecating to, you guessed it, make ourselves ultimately look better. And in most cases, non-clinical depression and guilt are fairly short lived. That’s not saying that a healthy self-image is a bad thing. Far from it. If we didn’t have confidence in who we are as a person, then nothing would ever get done. The problem is when that self-image starts building its own reality, far removed from the universe we’re currently living in. We can go for a long time building your castles in the sky our heads before running into troubles. But when it happens, it’s a doozy.

You see, when we start creating narratives in our minds, we stop reacting to the things that are happening in reality. We miss cues that signify real opportunities, while looking for something that just around the next corner. Glaringly obvious signs that are right in front of us are ignored at the expense of something that just isn’t happening. And once we’re in, it can be incredibly hard to even notice what we’re doing. The tool that’s supposed to analyze what’s going on is the very thing that’s creating this false narrative in the first place. What to do?