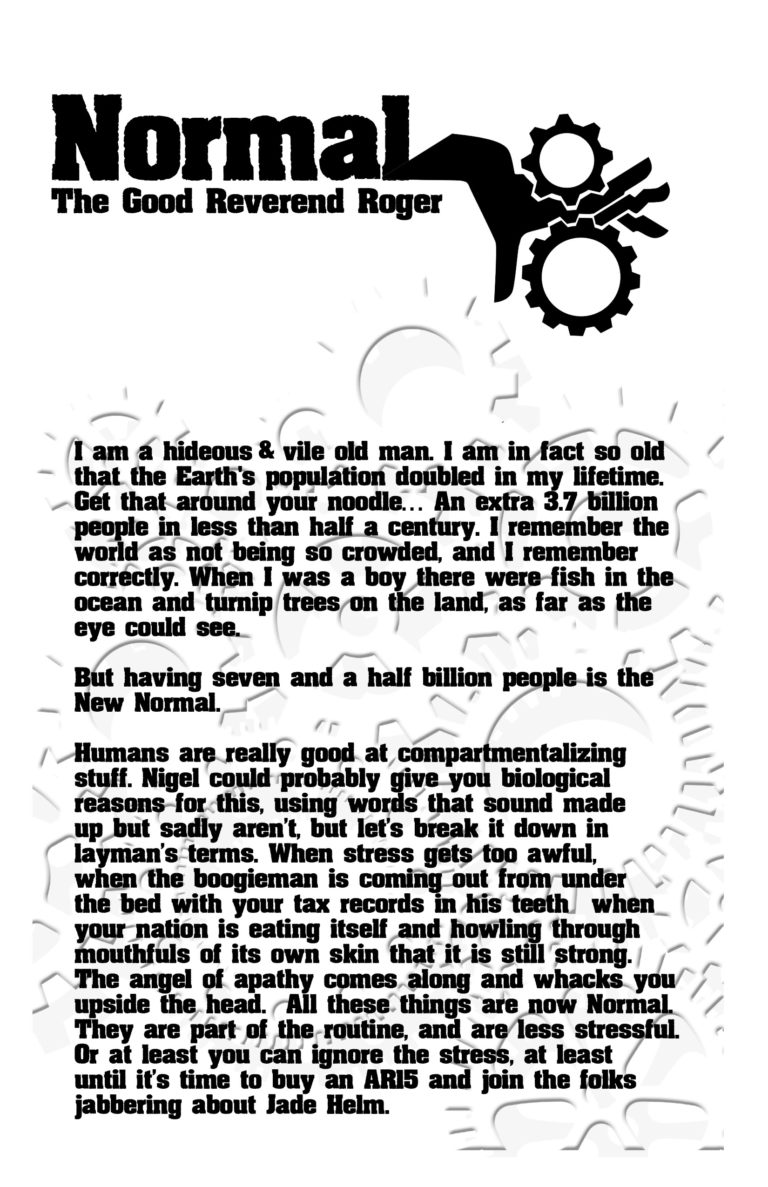 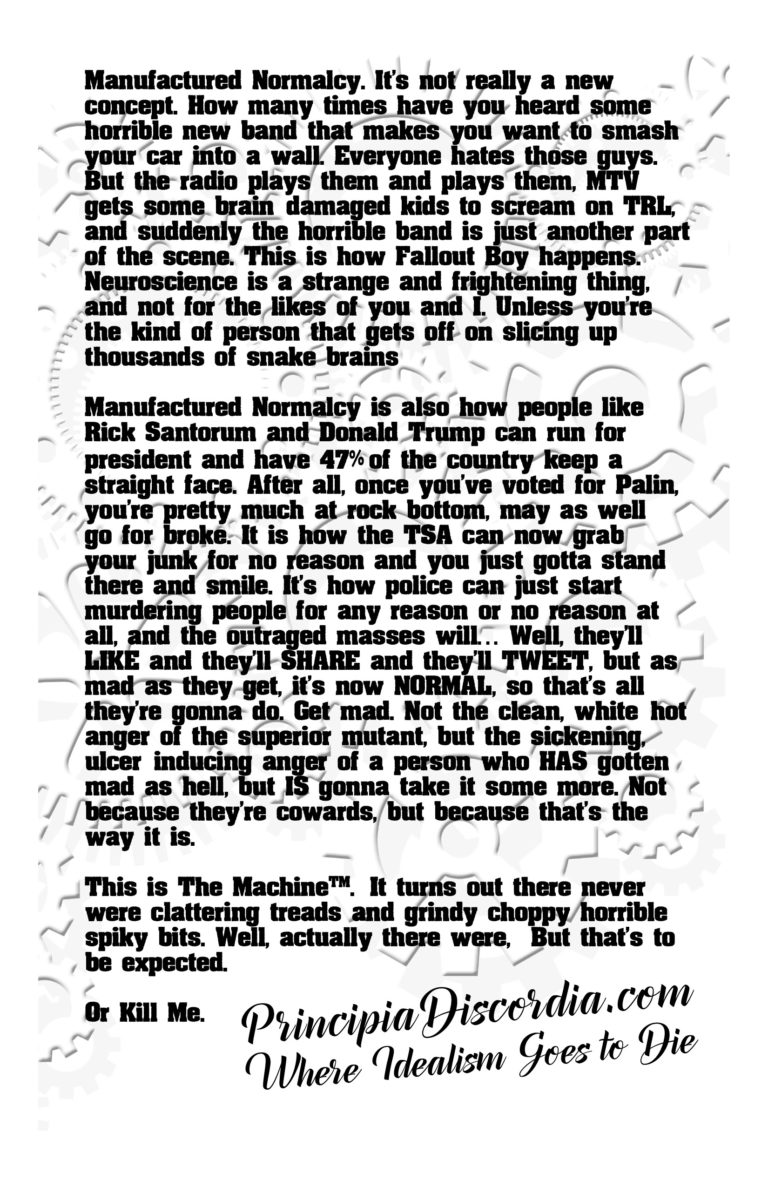 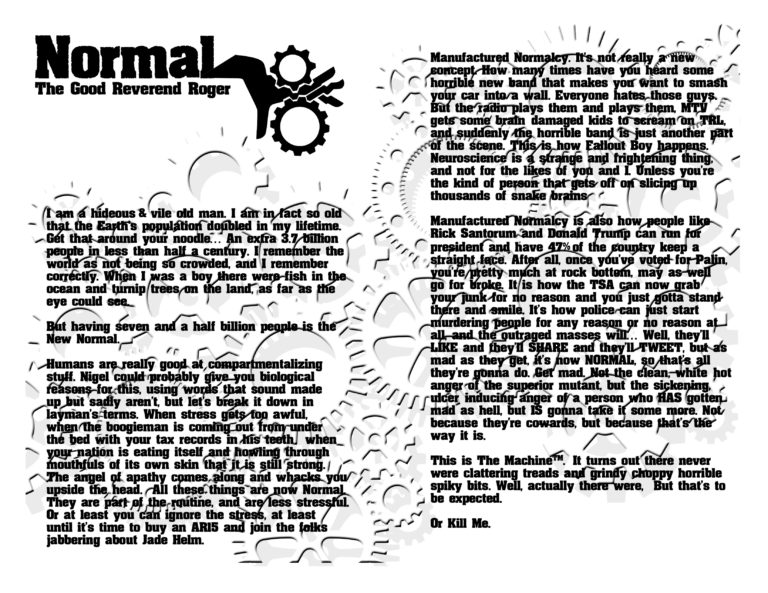 An essay by The Good Reverend Roger on the inevitable creep of normalcy.

by the Good Reverend Roger

I am a hideous & vile old man. I am in fact so old that the Earth’s population doubled in my lifetime. Get that around your noodle… An extra 3.7 billion people in less than half a century. I remember the world as not being so crowded, and I remember correctly. When I was a boy there were fish in the ocean and turnip trees on the land, as far as the eye could see.

But having seven and a half billion people is the New Normal.

Humans are really good at compartmentalizing stuff. Nigel could probably give you biological reasons for this, using words that sound made up but sadly aren’t, but let’s break it down in layman’s terms. When stress gets too awful, when the boogieman is coming out from under the bed with your tax records in his teeth, when your nation is eating itself and howling through mouthfuls of its own skin that it is still strong. The angel of apathy comes along and whacks you upside the head. All these things are now Normal. They are part of the routine, and are less stressful. Or at least you can ignore the stress, at least until it’s time to buy an AR15 and join the folks jabbering about Jade Helm.

Manufactured Normalcy. It’s not really a new concept. How many times have you heard some horrible new band that makes you want to smash your car into a wall. Everyone hates those guys. But the radio plays them and plays them, MTV gets some brain-damaged kids to scream on TRL, and suddenly the horrible band is just another part of the scene. This is how Fallout Boy happens. Neuroscience is a strange and frightening thing, and not for the likes of you and I. Unless you’re the kind of person that gets off on slicing up thousands of snake brains.

Manufactured Normalcy is also how people like Rick Santorum and Donald Trump can run for president and have 47% of the country keep a
straight face. After all, once you’ve voted for Palin, you’re pretty much at rock bottom, may as well go for broke. It is how the TSA can now grab your junk for no reason and you just gotta stand there and smile. It’s how police can just start murdering people for any reason or no reason at all, and the outraged masses will… Well, they’ll LIKE and they’ll SHARE and they’ll TWEET, but as mad as they get, it’s now NORMAL, so that’s all they’re gonna do. Get mad. Not the clean, white-hot anger of the superior mutant, but the sickening, ulcer-inducing anger of a person who HAS gotten mad as hell, but IS gonna take it some more. Not because they’re cowards, but because that’s the way it is.

This is The Machine™. It turns out there never were clattering treads and grindy choppy horrible spiky bits. Well, actually there were, But that’s to be expected.